The Valhalla Cinema in Glebe 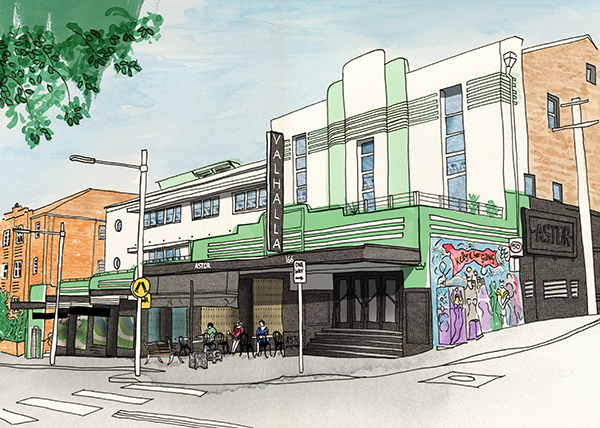 I used to live in Glebe about 10 years ago. After my recent visit I noticed that it had changed quite a bit with more cafes and restaurants and the Blackwattle Bay walk along the waterfront had been completed. I was commissioned by a Glebe resident to illustrate the Valhalla cinema on Glebe Point Rd, which is a building I have admired for a long time, pretty much anything Art Deco will catch my eye. Of course I jumped at the chance!

The Valhalla originally opened in 1937 as the Astor Theatre, with a full house seating 992 people. With the introduction of television the cinema shut down in 1959. The cinema was used as a storage facility then opened and closed a few times as a cinema and performance venue before it’s rebirth as the Valhalla in 1979. Over the years the Valhalla was converted into a twin cinema playing art house features and was quite successful for a time, before strong competition forced it’s closure once more in 1999. The cinema re-opend briefly but closed for good in 2005. In 2007 the Re-developement into shops and apartments began. (Info references: http://cinematreasures.org/theaters/25662) 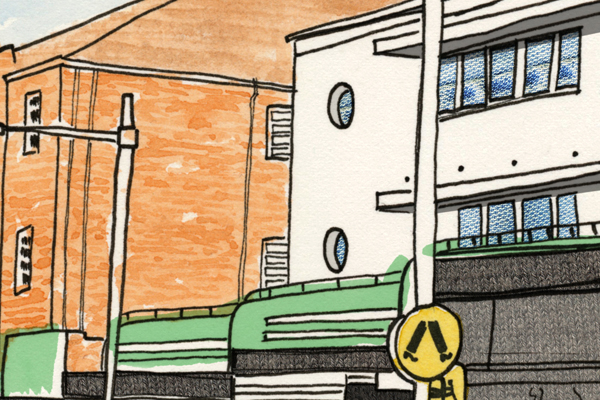 I have illustrated the current vision of the Valhalla. With the ink linework I watercoloured the icey green colour and left the white walls bare. In some of the surrounding buildings I’ve hand painted the bricks, which might sound monotonous but I quite like it. I used a few different fabric patterns for the lower windows to catch the street reflection, and denim for the top windows reflecting the sky. I have included the original Astor sign (right) as well as the street art mural that has been present on the right of the building for some time.

I am happy to say that the print is now available in a limited edition Giclée print of 50 at Sweets Workshop. 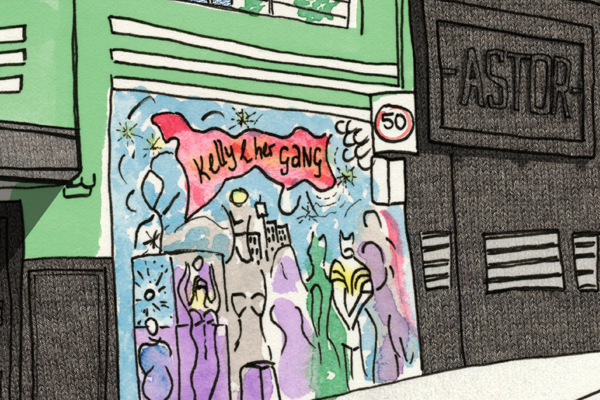 Tuscany Illustration for Get Up & Go Magazine 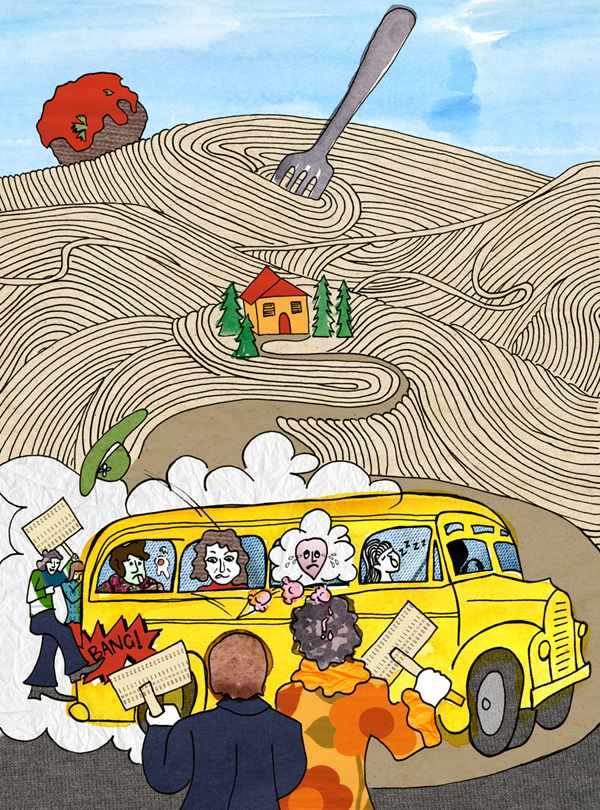 Recently I had to opportunity to illustrate a story for Get Up & Go travel magazine. The storyline was quite exaggerated, reminding me of a Faulty Towers episode or a Monty Python sketch, perhaps a little bit trippy. As the magazine audience is baby boomers, I decided it might be a good fit to introduce some 60's fabrics and make the illustration a bit of a fantasy.

The story is about a bus tour in Italy on its way up to the rolling hills of Tuscany with a few mishaps occurring along the way. I drew a big old yellow bus with passengers appearing or hanging out of the windows in different scenarios. The bus is heading up mounds of rolling spaghetti, with a delicious meatball sun on the horizon. 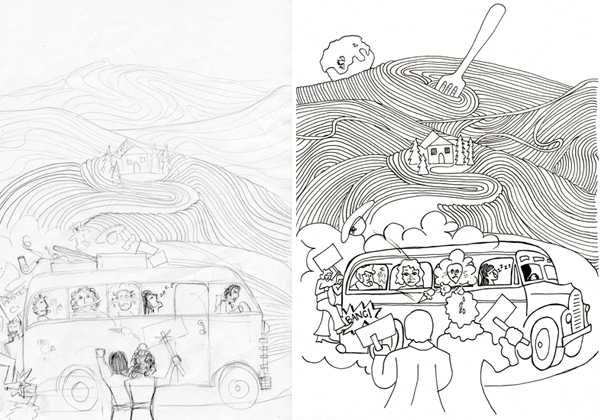 I completed the illustration in watercolour and ink first, finishing it off by adding fabric and other textures in a digital collage.

The magazine will be on sale in the Winter edition of Get Up & Go Magazine.
Posted by emmajane at 1:00 PM No comments:

I am an illustrator and graphic designer. As a compulsive collector of shapes, textures, patterns and fabrics, I have a huge source of inspiration to draw from, but I need a bigger cupboard. Much of my work is collage based, I relish getting away from the computer and doing things by hand.